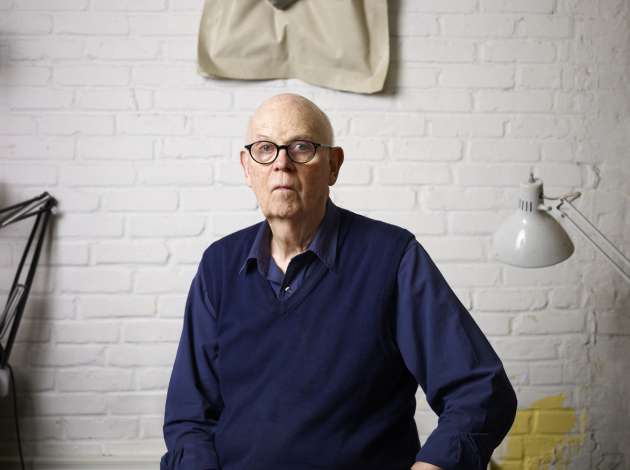 It’s a pleasure to start the week speaking about the king of Pop sculpture: Claes Oldenburg. He was born on 1929 in Sweden and he naturalized as American citizen. He is considered one of the major American Pop Art artist, his giant sculptures are knew and based around the world.

“Painting, especially much better than words, allows oneself to express the various stages of thought, including the deeper levels, the underground stages of the mental process”.

Sculpture was traditionally hard and rigid. Softness introduced a new range of experiences: vulnerability, passivity, elasticity and especially sensations associated with the human body. He prefer themes that are closely related to the consumer society. He investigate the soft quality of materials as reflection on the commodity-goods of the consumer society. His “soft sculptures” that represent classic American food are a source of reflection of the cultural identity of the nation where he grew up: the US.

Floor Burger is the imitation of one of the most important symbols of American culture: the burger. That isn’t just a realistic representations of the food but is an ironically deformed plastic reinvention. This object of consumption is distorted of his primary role and reduced to a commercial product. The artist criticized the consumer market and at the same time his work have dismantling the values ​​of art, which can be found in the choice of low and popular models.