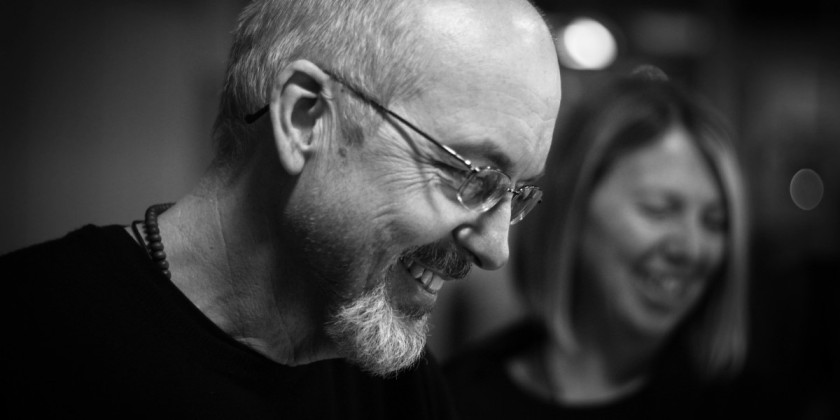 The article of today it’s about a retrospective that I saw at the Guggenheim Bilbao the last week. I went to Guggenheim just in time to saw Bill Viola’s work, in fact, the retrospective was until the 9 november 2017.

Bill Viola is a pioneer in the use of moving image. After receiving his degree in the 1970s from the innovative Experimental Studies art program at Syracuse University, New York, he began to investigate the cycles of life, death, and rebirth both figuratively and literally. His early-single channel, black-and-white video-tapes, as well as subsequent emblematic works such as The Reflecting Pool (1977-79) and Four Songs (1976), have a strong and poetic feel marked by the notion of time, its deconstruction, and its inherent connection to existence. In pieces like Chott el-Djerid (A Portrait in Light and Heat) (1979), the camera captures the landscape and the limitations of the image, revealing and questioning our perceptions. Later, in the 1990s, Viola’s interest in the spiritual and the perceptive came to the fore, materializing in “sculptural” objects like Heaven and Earth (1992) and large-scale installations like Slowly Turning Narrative (1992) and The Greeting (1995).

With the arrival of the new millennium, Viola started using new technologies that could be harnessed to serve his ideas, including flat screens. Works like Catherine’s Room, Four Hands, and Surrender (all from 2001) were followed by monumental installations such as Going Forth By Day (2002), which encourages viewers to inquire into their own essence and human existence, a subject which also appears in the work made for the Wagner Opera Tristan und Isolde (2004-05).

During the past decade, Viola has furthered his exploration of different cultural traditions and primary experiences through a wide range of media and supports. Good examples of this are his use of water in works such as The Innocents (2007), Three Women (2008), and The Dreamers (2013) and his survey of the cycle of life, which starts in this exhibition with Heaven and Earth (1992) and “goes back” to the colossal screening Inverted Birth (2014).