When walking towards the famous Brandenburg Gate, you see something strange behind it, some coloured “columns”. The first thing I thought, without knowing what it was, was that that construction was ruining my view. But this was the key point: it is meant to ruin the beautiful postcard view of the popular Berlin monument.

The three “columns” were actually three buses standing, and they were supposed to create a wall of some sort. In fact, they recall the buses wall made in 2015 by Syrian people in Aleppo in order to defend themselves from snipers’ attacks, during the civil war. A photo of the barricade by Karam Al-Masri became popular on the internet, and this artwork is based on that photo.

The artist himself is Syrian-German, so he wanted to make the two countries closer in a way. But people reactions were harsh on him and his work: someone said it completely ruined the landscape, someone said it was too liberal, someone that it was too political.

The inauguration of the artwork was scheduled at the same time with a far-right protest, and the protester said that this work was an “abuse of artistic freedom” and attacked the artist as “a rootless wanderer.”

Given the importance that the wall as a symbol has in the city of Berlin, it is eay to understand why this work was so controversial.

What do you think of the work? 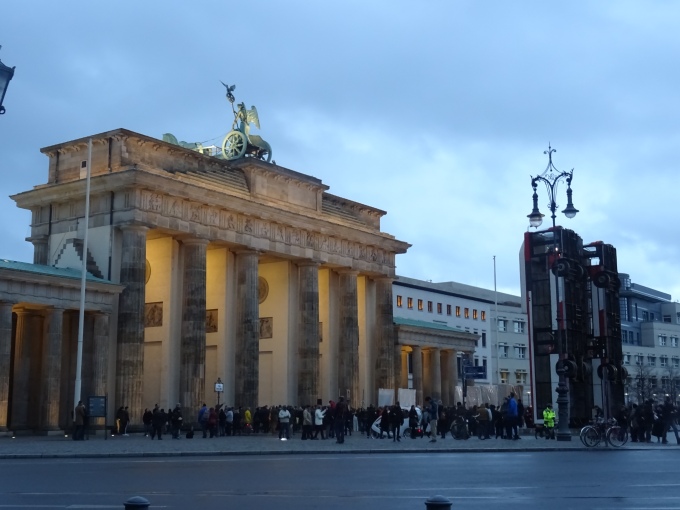