Today we speak about the architecture of the Reichstag Dome, the glass cupola above the building that hosts the German parliament.

From the dome, accessible to the public with a reservation, the whole cityscape can be seen at 360 degrees. The debating chamber of the Bundestag, the German parliament, can be seen below it. It was designed by architect Norman Foster and built to symbolize the reunification of Germany. In fact, the dome was destroyed during the World War II, but it was reconstructed recently. The visitors can walk on spiralized ramps up to the top, and see the parliament chamber from above, thanks to the sunlight reflected on the central mirror cone.

This symbolizes the fact that the people is above the government, because it was not, before the reunification of the country. Moreover, the glass symbolizes the transparency of the parliament, that has to be open and honest.

The original concept of the dome comes from the XIX century, when the industrial revolution brought the new architecture made of steel and glass. This original idea was elaborated by Norman Foster.

#funfact: during the restauration of the Reichstag, the popular contemporary artist Christo made it a contemporary artwork by covering it with a “package”, signature of the artist. 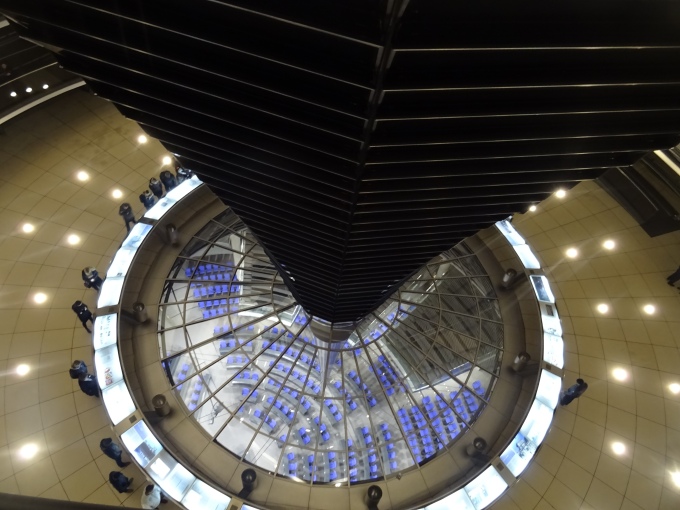