The monument for the Holocaust was inaugurated in 2005, much later than the finish of the World War II, and it was designed by the architect Peter Eisenman.

The dimensions and number of the stelae are not relevant for the interpretation of the work, because it is meant to create an uncomfortable situation (due to the uneven proportions) that is made by human hands but that seems completely irrational. The geometrical position of the stelae reminds of a graveyard, and the colour of them give the visitors a very stressing sensation of loneliness and isolation. In fact, walking in the middle of the stelae feels like entering in a world made of concrete, far away from the city, whose noises are kept out by the stelae themselves.

There is an important controversy about this monument, reported well by the New Yorker: the title does not say anything about who made the murder,  when it happened, in a way it doesn’t want to address the responsibility of the assassins.

Here you can find the official website of the Foundation of the Memorial. 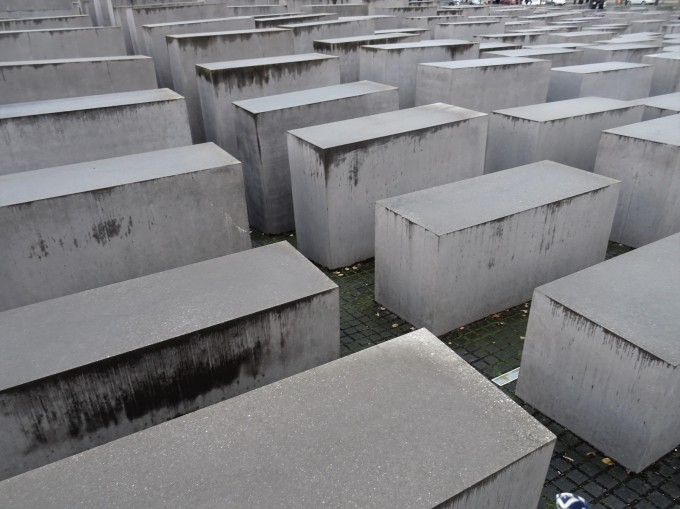