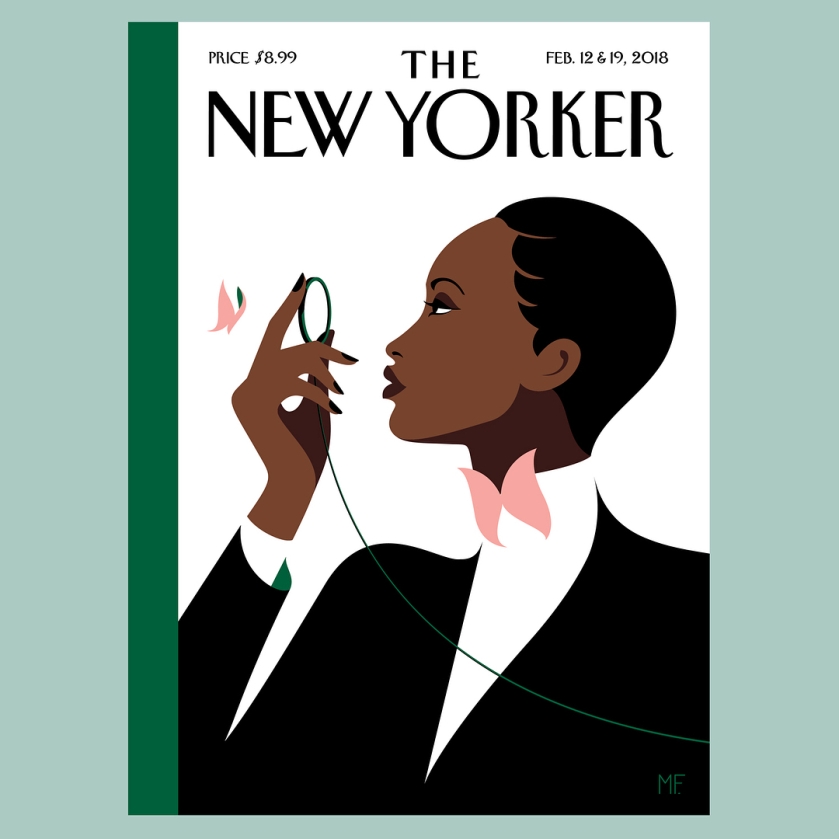 First #illusthursday post!
Friendly warning: today’s article will be a little longer, since a brief introduction about illustration is needed.

Cut to the chase. Illustration is something that has been hanging around with mankind across all cultures and time periods. Born as a secondary art, spread in popular culture thanks to the mass production era of posters, illustrated newspapers, advertising, books and magazines, placed between the recognised “official” Art and the commercial Graphic Design; it has struggled to find its own independent identity and raise itself up to the heaven of Noble Arts.

Today, illustration is finally accepted as an Art with its own dignity. We’re witnessing an incredible growth of its world and how as audience/artists we perceive and interpret it.

Malika Favre is a wonderful example of the potentialities of illustration.
Her bold, unmistakable minimal style, described as Pop Art meets OpArt, plays with negative spaces bringing shapes out of the canvas with touches of light and shadow. She masters the art of simplifying images to their bare essential elements and brings them to life painting a sensual dance between bright colours and dark areas. Her artworks are perfect gestalt examples. Not to mention, she pushes illustration a step further through animating some of her artworks.

Here we have 2018 The Butterfly Effect cover for The New Yorker, that pays homage to the first ever cover from 1925 by Rea Irvin, featuring the iconic Dandy Eustace Tilley.

Illustration illustrates. It describes, it explains, it has the power to convey messages through time. What has Eustace Tilley to say about the The New Yorker personality? Illustrators have the responsibility of the words their creations are saying to the audience. Comparing those two pieces we immediately have a perception on how illustration can be used as a time machine, revealing through topics and style the evolution of society; and maybe we understand what message Favre’s reinterpretation wants to convey. From a white male dandy, a bit ridiculous, to a delicate but strong black woman. From a static image to a breathing illustration.

“I wanted to capture the poise and the pose of the original Eustace Tilley dandy, but do it as something extremely simple and modern,” Favre says about her artwork. “Like the original Tilley, I had her look slightly up, which shows her curiosity—and of course it was delightful to have the flight of fancy, the poetic touch, of the butterfly”.

The Butterfly Effect, The New Yorker cover story
The Mystery Man, the many faces of Eustace Tilley 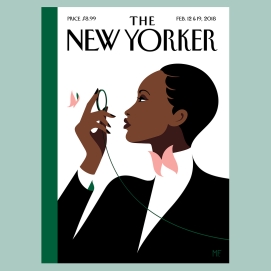