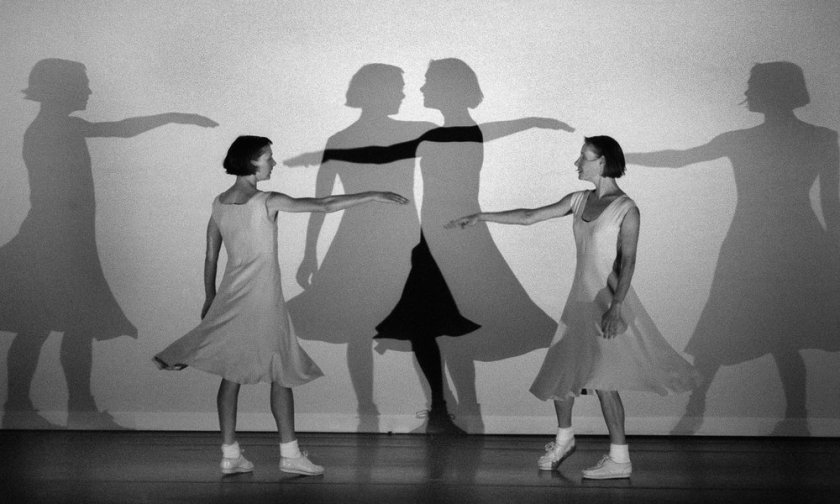 This week will be dedicated to #WomensDay2018 and feminism! To start the week with the right topic, today I am going to show the basic features of Performance Art, and you will understand later how it is connected to feminism.

Performance Art comes from the ancient tradition of theatre, but it was included into contemporary art at the beginning of the 20th century. It is not to be confused with performing arts, the name of all the arts that imply some kind of performance – such as dance, ballet, theatre, music, etc. The first movements that introduced some performances are movements that we are not covering right now, developed at the beginning of the ‘900. We are talking about Russian constructivism, Futurism, or Dada.

Moreover, you have to think about the works of Abstract Expressionism as performances by themselves. When Pollock was painting his canvases, with his famous brush dripping, the important aspect of his art was the action of painting, the movements of the artist on the canvas, the energy of every drop of paint (read our article about Pollock here). This is the beginning of the performance as an indipendent form of art.

During the ’60s many artists experimented with this new kind of art, and we spoke about one of them, Joseph Beuys. After that period of sperimentations, this art got more and more interested in political and social topics, as we will see later on.

The artists I will present here are just the ones you have to know, but they are not enough to be informed about Performance Art. These are the artists that I personally admire the most and that I believe are the most important. Many of them will be feminist, as this is the theme of this week. Here are some links to performances we already wrote about: I like America and America likes me by Joseph Beuys, Rhythm 0 by Marina Abramovic, Azione Sentimentale by Gina Pane, and in a way My Bed by Tracey Emin.

We already spoke about one of his performances here, but what remains now it’s just some rare photos and some objects ralated his performances (you can see some examples here). Joseph Beuys liked to call his events actions, to distinguish them from the classical meaning of performing arts. His main interest regarded nature and the relationship of men with the power of nature.

We spoke about Yves Klein too: take a look at the article about Archisponge (RE 11).

While Yves Klein is most famous for the large use he did of his International Klein Blue, fewer people know that he was deeply involved in Performance Art too (without renouncing to the IKB!): the work entitled Antropometrie (1960) consisted of the artist “painting” a canvas with the support of naked women painted in blue, who had to stamp their body-silhouettes on it. All of this was done in front of a watching audience, that could either participate (as the naked women) or just observe.

She is a performance goddess and I am sure that you all have heard her name at least once. We spoke about her when writing on Rhythm 0, but the performances she is famous for are many. Since we have a special focus on feminism, I will address the performances that are more relevant to this topic: I suggest to check her out or to stay tuned for our next articles!

Her most famous performance is very recent, it is called The artist is present, and it was held in the MoMA, New York, in 2010. The artist was sitting at a table, with an empty chair in front of her, inviting the audience to seat there for a minute, just looking at her eyes. Many participants said that it was an incredible experience. Ulay (her famous partner in life and work) returned to her on that occasion, after being separated from her for many years, provoking a moving moment (if you want to see a video of this encounter, it is available on Youtube).

One other performance of her is called Imponderabilia, held by a gallery in Bologna (Italy) in 1977. Here the artist with her partner-at-the-time Ulay stayed by the door of the gallery, completely naked, looking at each other in the eyes. The people who wanted to enter the gallery had to pass between them, in a way interrupting their intimacy. To pass between them though, they had to decide if they wanted to look at Marina or at Ulay, because the space wasn’t enough to walk looking straight ahead. This performance explored the reactions of the audience who decided almost everytime to turn towards Marina, and not towards Ulay, and who were embarassed and ashamed of stepping into a very intimate situation. The male body was too threatening? Ulay was not handsome enough? There are many answers.

We will cover many other performances of hers in the near future!

Yoko Ono was already popular when she married John Lennon knowing a big improvement to her fame. She was a very important artist already during the ’60s, throwing the bases of Conceptual Art (stay tuned for this one too) and Performance Art, and being part of the Fluxus movement.

One of her most famous works is called Cut Piece, ad consisted in her sitting on a stage dressed with her best dress, having a pair of scissors in front of her. The audience had received the instruction of taking the scissors and cutting a little piece of her clothes, that they could keep afterwards. Some of them approached the artist in an unsure way, cutting a small piece of clothes on her sleeve, some of them went directly to her breasts. As the quotation below explains, this is directly linked to feminist activism.

“In this performance Ono sat on a stage and invited the audience to approach her and cut away her clothing, so it gradually fell away from her body. Challenging the neutrality of the relationship between viewer and art object, Ono presented a situation in which the viewer was implicated in the potentially aggressive act of unveiling the female body, which served historically as one such ‘neutral’ and anonymous subject for art. Emphasizing the reciprocal way in which viewers and subjects become objects or each other, Cut Piece also demonstrates how viewing without responsibility has the potential to harm or even destroy the object of perception.” – Source: Art and Feminism (Themes & Movements)

Carolee Schneeman is a fundamental contributor to feminism and feminist art. She was involved in feminist activism and her performances were deeply influenced by it and very shocking. One of the most controversial ones is called Interior Scroll (1975). During this performance the artist stood naked on a table, covering herself in mud. Then took out of her vagina a paper scroll, read it and threw it to the audience. As the artist herself said:

“I thought of the vagina in many ways– physically, conceptually: as a sculptural form, an architectural referent, the sources of sacred knowledge, ecstasy, birth passage, transformation. I saw the vagina as a translucent chamber of which the serpent was an outward model: enlivened by it’s passage from the visible to the invisible, a spiraled coil ringed with the shape of desire and generative mysteries, attributes of both female and male sexual power. This source of interior knowledge would be symbolized as the primary index unifying spirit and flesh in Goddess worship.”

Even if here we are talking about just some examples, I suggest to check her other works, as many of them are related to this topic. Check out her website that includes selected works: www.caroleeschneemann.com.

Gilbert and George are a duo of artists, partners in work and life. Their main motto is Art for all: they wanted to reach as many people as possible with their art, dealing with themes such as fears, obsessions, emotions, sex, race, politics and religion. They wanted to put themselves at the center of their art, and they said “Being living sculptures is our destiny, our adventure, our disaster, our life and light”: the relationship between art and life is at the center of their artistic research.

One example of their performances is called Living sculptures (1968). They went around the streets covered in golden paint. They wanted to get closer to the people as they had always declared.

Performance Art has a difficult legacy because of its own nature, it consists of actions that happen in a specific moment and in a specific space, and that cannot be repeated anymore. But many retrospectives are trying to collect items and recordings of performances that happened in the past making them still present in a way.

It is a very important art genre still today, the last performances of Marina Abramovic were in 2010, in 2012 The Tanks at Tate Modern were opened: the first dedicated spaces for performance, film, and installation in a major modern and contemporary art museum. The International Performance Art Week in Venice is at its fourth edition (www.veniceperformanceart.org), and there are many important performance artists still very active.

Nowadays, the digital tools have been included in performative actions, and it will be so the more the technology progresses.

GOLDBERG RoseLee, Performance Art: From Futurism to the Present (World of Art), Thames and Hudson Ltd, 2011