To begin this article, I want to say that I take full responsibility of these opinions of mine, and in this field everything is probably very subjective. I just want to give you some new perspectives, some different points of view and bases to reflect on. Please take my words as a starting point for further thinking. If you disagree with something I said, please comment below!

Picasso had a difficult and at the same time very simple relationship with women, defining them as “machines for suffering”. In this painting – like in many of his cubist paintings – a naked woman is depicted with monstruous features, and here every sexual orifice is perfectly visible by the observers. In this painting, the numerous points of view that Picasso usually incorporates in his paintings are based on a sexual approach, reducing the woman as an object of sexual desire, exposed to the public. The woman is clearly urinating, her position is very intimate and the action depicted is very private. Was she agreeing to this humiliating portrait?

Yves Klein is an artist that I personally admire very much, this is why it was very difficult to admit that with this specific artwork he made quite a mess. Many of my collegues don’t agree with this, so feel free to debate!

As we explained in the post about Performance Art, this work is a performance involving naked female models covering themselves in blue paint (the iconic IKB) and stamping their body silhouettes on the canvases provided by the artist. In the photo here you can see how the models are completely naked and the audience (made entirely of men) completely dressed up – including the artist. This brings up the widely discussed problem of the so-called “male gaze”, this voyeuristic pleasure of observing a vulnerable, naked, woman, felt by men.

Moreover, the models are here used as brushes, so there is a clear objectification of their bodies, used to make art. They are not an inspiration, they are not the subject of the art, here they are just the tools to paint a canvas (there would be issues about women seen as muses, as inspiration, but let’s keep it simple…).

We spoke about Roy Lichenstein while speaking about Pop Art. Although his work was very innovative and very unique, he had a vision about women that can be at least discussed.

I put a specific work in the title of this paragraph, but in fact there are several paintings with the same subject, and this is the problem. Many times the subjects of his paintings are comic characters, men and women. But while men can be painted alone, facing problems, or kissing women, women are always with men or thinking about them. The men they have a relationship with have all the same name, Brad, and this suggests that Lichtenstein was thinking just of the general idea of a man, and not of a specific one. Do women always need to be with a man,  thinking about a man,  or be saved by a man? Couldn’t women be depicted alone and independent in a painting? 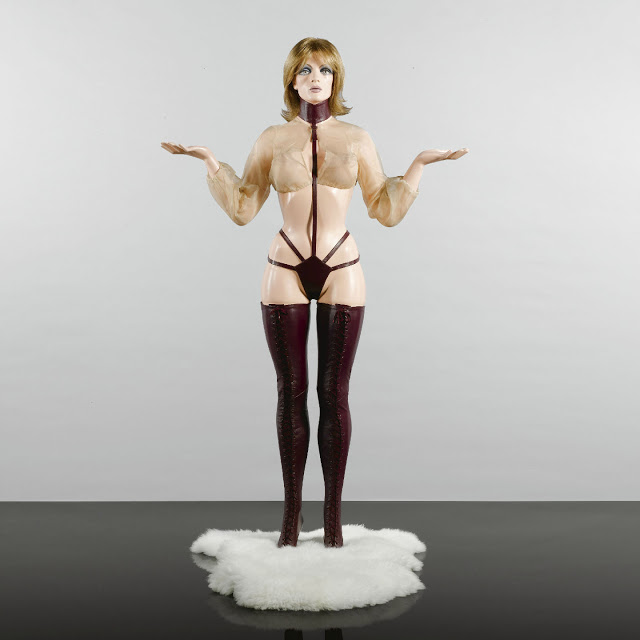 Where to begin with these ones?

When I first saw them, I thought they were provocative, made to make people more sensitive about the objectification of women. But actually it was the contrary. The artist himself said, “I was living in Chelsea and I had an interest in the female figure and the sexual charge that comes from it. Every Saturday on the King’s Road you went out and skirts were shorter, the body was being displayed in some new way. And you knew that the following week somebody would up the ante… I was reflecting on and commenting on exactly the same situation that was the source of the feminist movement.”
I think I don’t have anything more to add on this one. I am surprised it is still considered art at all.

Richard Prince is a very controversial artist by himself, but with this work created many complaints. This series, displayed for the first time at the Gagosian Gallery in New York, is a collection of prints on canvas of instagram pictures. These instagram pictures are taken and reproduced by the artist without the consent of the legitimate owners of the related intellectual rights, and the whole exhibition gives a sexist atmosphere. The photos depict only women, often cought in ambiguous poses. The photos that they had put on Instagram are now the object of the male gaze. Here the problem goes beyond the controversial appropriation of the artist, involving the non-empowering representation of women.

Moreover, Prince’s comments take the place of the original comments below the photos, and it is clear that he tries to emulate a language (the youngers’ slang) without any success. The overall image is the one of an old man trying to seduce a young woman just because, but without succeding at all.