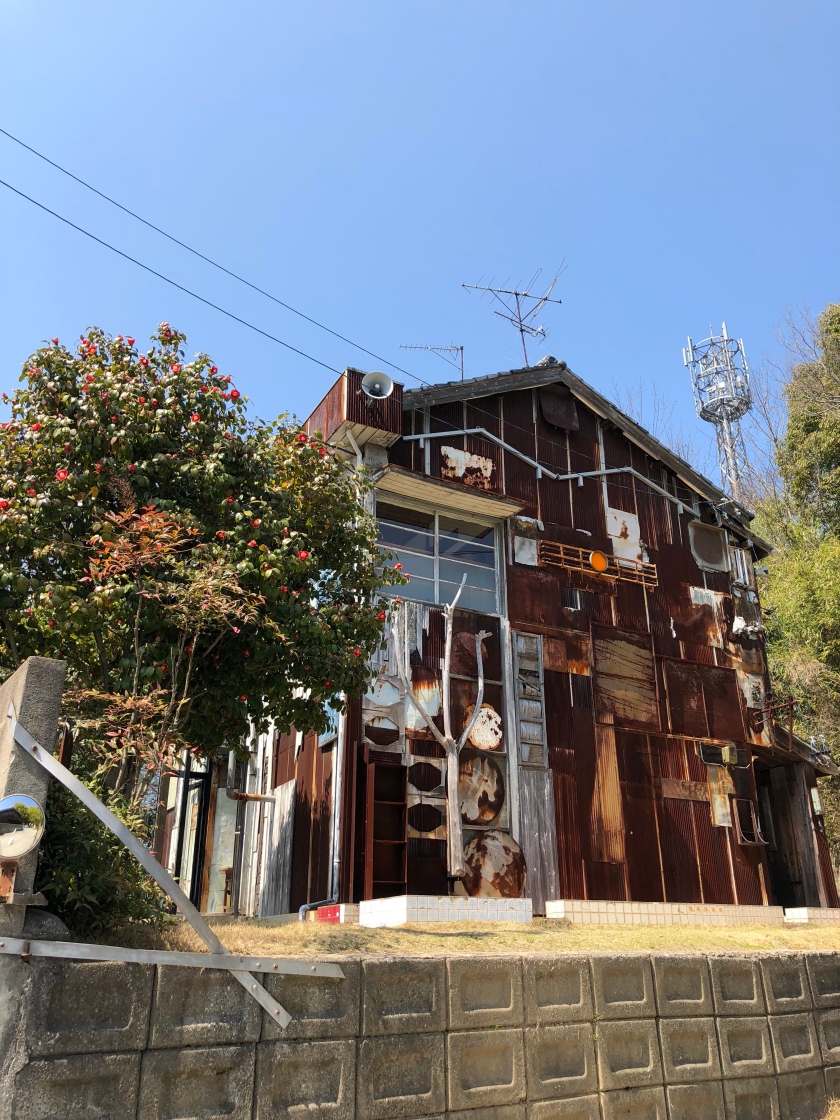 “Art House Project” is an art project underway in Naoshima’s Honmura district. This area holds a central political and religious role in the island from the Warring States Period up to the present, and is home to houses which were built more than 400-years ago. “At House Project” involves the restoration of vacant houses and the transformation of these hoses into artworks made by different artists.

“Minamidera”, James Turrell, Tadao Ando, 1999. Minamidera was named after the temple that once existed on the site. An artwork by James Turrell is placed in the wooden building designed by Tadao Ando. Viewers will experience the process of slowing finding light after being from complete darkness.

“Kadoya”, Tatsuo Miyajima, 1998. Restoring nearly 200-years old house. Kadoya is a place that visitors can feel it’s history and the flow of time by viewing artworks such as “Sea of Time ‘98”, which displays 125 digital LED counters. The pace of each counter was set by an island resident.

“Haisha”, Shinro Ohtake, 2006. Haisha, once a home and office for a local dentist, has been completely transformed by Shinro Ohtake into a sculptural/ graphic work of art. He aims to actualise the process to track his dreamscape by using scrapped ships, steel towers, his paintings and collages techniques.

“Ishibashi”, Hiroshi Senju, 2006. The Ishibashi family prospered in salt making business, their house was restored to showcase Hiroshi Senjy’s artworks. “Garden of Ku(emptiness)” which consists of paintings inspired by scenes of the Seto Inland Sea and a garden, and “The Falls”, to be viewed under natural light are on display.

“Gokaisho”, Yoshihiro Suda, 2006. Gokaisho was built where a gathering place for go players once stood. Yoshihiro Suda created a design to contrast his wood carving sculpture “Tree of spring” and real camellia; one space is filled with his sculpture and another space only presents Kekkai (an object to define boundary).

“Go’o Shrine”, Hiroshi Sugimoto, 2002. Hiroshi Sugimoto’s design renovated an existing shrine from the Edo period. It expresses an ancient Japanese spirit through buildings based on the Shinto shrine structure and an underground Stone Chamber which reminds of the Japanese Burial Mound era.

In the gallery below are showed pictures of all the six houses.