We are very saddened to hear that Italian illustrator Tony Wolf (aka Antonio Lupatelli) passed away few days ago. He’s best known to be the father of someone we all know -ok, if you’re born after 2000 please, just go away. Let us elderlies cry for our incoming oldness (and loss of a faraway friend: PINGU.

For those who needs a brush up, Pingu is a Swiss/British stop-motion clay animated children’s television series, produced from 1989 to 2006 and played out on television all over the world. An evidence that Pingu, both visually and verbally, speaks an international language – and not only for the famous language they speak, the pinguinese; a recognisable sets of sounds that became famous all around the world. Because, you know: noot-noot!

The series narrates the adventures of Pingu and his family of penguins (could you see this coming?) and other animal friends (as Robby the seal!) who live at the South Pole. If you’ve seen, watched or read Pingu’s adventures when you were little, I bet those clay figures still make you smile. Or at least, hearing their voices does (I’m serious, have you tried to do that? It’s quite an experience, I can assure you).

But Pingu is not a only child: Tony Wolf created during his artistic career loads of fictional character, talking animals, entire worlds. He was an extraordinaire illustrator of children’s books (The woodland stories, Pandi…) and published them worldwide.

Thank you for our bright, magical and loud childhood!

For the binge watchers, here’s a link to the first Pingu episode. You’re welcome! 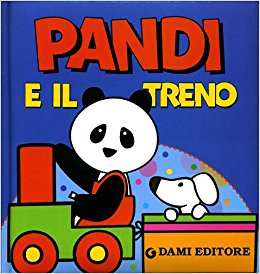